CHHS band members play at the next level 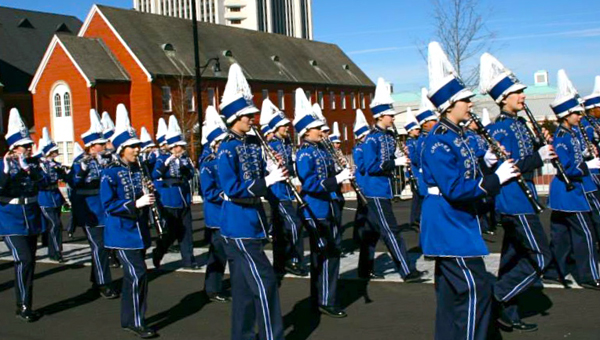 Numerous members of the Chelsea High School Band have been selected for college honor bands, All-County and All-State bands. (Contributed)

CHELSEA—Members of the Chelsea High School Band are taking their skills to the next level, playing in college, county and state level bands.

“For Alabama, we normally have two, but this year we had seven… and Auburn is the same way,” CHHS Director of Bands Dane Lawley said, highlighting the high number of students playing in college-level honor bands this year. “It’s a really good experience for all of them involved there.”

Participating in college honor bands gives students a taste of playing at the college-level while also honing their skills with other “cream-of-the-crop students from all over the Southeast,” Lawley said.

“It’s a lot of fun,” sophomore flute and piccolo player Kathryn Williamson said of her recent experience in the University of Alabama honor band. “You get to learn a lot because you get to work with a lot of different conductors and instructors.”

Colleges also use the honor bands as a recruiting tool, drawing top musicians to their band programs.

“Alabama has an outstanding music school, that’s why I’m going there next year,” CHHS senior trombone player Charlie Mercier said, noting his experience with the Alabama honor band drew him to the school.

In addition to college honor bands, CHHS students’ talent has been showcased in other selective bands, from the All-County level to the national stage.

In addition to this “pretty high number” of students in the All-County Band, Lawley said three CHHS students were selected to the All-State Band.

“It’s absolutely amazing, it’s indescribable,” Mercier said of the experience of playing in higher-level bands. He has been selected to All-County, All-District, All-State and was one of three Alabama musicians selected to the All-National Band.

Even with all the additional opportunities, Mercier and Williamson said just playing in the CHHS band has been one of their favorite experiences.

“You have a place at school that’s home,” Mercier said. “It’s the band room.”