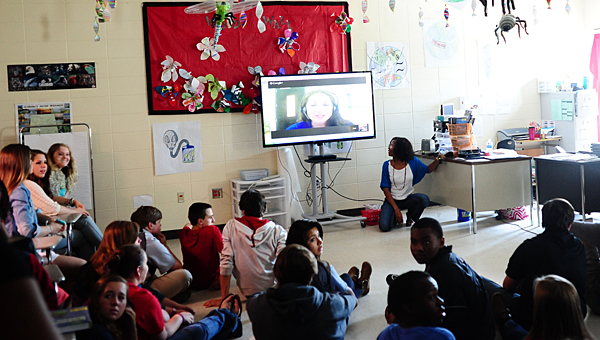 The Alabaster Board of Education recently approved funding to send several of the city’s teachers to National Math and Science Initiative training this summer. (File)

ALABASTER – The Alabaster City School System is planning to do something most school systems don’t do this summer, according to an ACS leader.

“Most systems just don’t do this. They don’t usually fill all of their slots for this training,” ACS Coordinator of Curriculum and Instruction Cena Davis said during an interview after the city School Board’s Feb. 9 meeting. “That shows the dedication this board has to professional development for our teachers.”

During the meeting, the School Board voted unanimously to pay about $34,000 to send all of the system’s seventh-through-12th-grade science, math and language arts teachers to the Laying the Foundation training in Trussville this summer.

Each school system in Alabama receives a certain number of invitations to the training each year. Because Alabaster hosted the training in the summer of 2014, ACS received an increased number of slots for the 2015 training.

Davis said most school systems do not fill their slots at the training, but said ACS will fill every space it has at this year’s event.

“This is the most top-notch professional development in the state,” Davis said.

The training is sponsored by the National Math and Science Initiative, and will focus on creating a more rigorous classroom environment for students.

According to the NMSI website, the training will provide “hands-on and engaging teacher education training,” as well as Common Core resources, support from expert teachers and a focus on science, technology, engineering and math education.

Alabaster School Superintendent Dr. Wayne Vickers said ACS is covering the costs of registration, travel and stipends for the teachers attending the training.

“We feel funding that training was the right thing to do,” Vickers said.