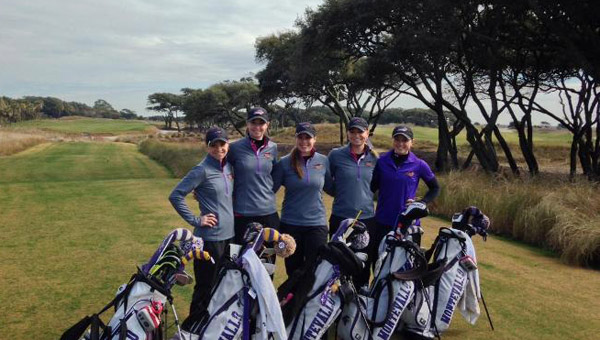 MONTEVALLO– The University of Montevallo women’s golf team is ranked 20th in the most recent Golfstat poll. It is the highest ranking in the history of the program.

The Falcons are fresh off a second-place finish at Kiawah Island. That tournament was won by Florida Southern, who is ranked 15th in the poll.

In that tournament, sophomore Elaine Wood finished in a tie for third place, receiving All-Tournament honors. Through 10 rounds this season, the Spanish Fort native has an average of 73.1 strokes. That is the lowest average in the Peach Belt Conference.

Sophomore Emily Romkey has the sixth best stroke average in the conference, averaging 76 strokes per round after 10 rounds played this year.

Montevallo is one of two Peach Belt schools ranked in the poll. Armstrong State is 19th, just one spot above the Falcons.

On Feb. 23 and 24, the Falcons will be back on the course, traveling to Columbus, Georgia for the Cougar Classic.