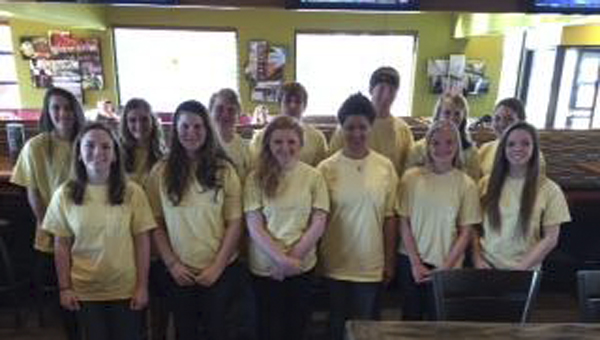 CHELSEA – A Chelsea business owner has decided to contribute a portion of his sales in March to the Chelsea Business Alliance’s scholarship fund for a local high school student.

Steve Sewani, owner of the Shell gas station at the intersection of Shelby County 11 and Shelby County 36, has pledged to donate one penny per gallon of gas sold at the station during March to the scholarship fund, which will be awarded to a senior in Chelsea High School’s Future Business Leaders of America group this spring.

“I’ve been in this community for almost 10 years, and Chelsea has been very good to me,” Sewani said. “Anything that goes toward the kids is better.”

Sewani said this is his first time to hold such a fundraiser, but “this will not be the last time.”

“I want to do it again toward the end of this year,” he said.

The CBA held a Flapjack Fundraiser the morning of Feb. 7 at Applebee’s in Chelsea to raise money for the scholarship.

“It was an overwhelming success,” CBA Director Je Anne Smith said. “Our business community as well as our residents really showed up to support our scholarship money.”

Smith said CBA members sold hundreds of tickets throughout the community beforehand, and then encouraged people to attend and purchase tickets the morning of the fundraiser.

“I think we sold probably over 450 tickets prior to the event,” Smith said. “The day of the event, we had at least 300 people walk in and buy tickets. It was very good.”

Fourteen adult volunteers and 13 FBLA students worked at the event, she said.

A committee comprised of CBA members and school faculty members will select the recipient of this year’s scholarship.

“This is our second year of existence, and our first year to establish a scholarship,” Smith said of the CBA. “Because we’re a business organization, we thought it was perfectly appropriate to create a scholarship for a business-minded student. We’re hoping to have more money and more events through the end of the school year so we can make this a meaningful scholarship.”

Caring across continents: FOES students supply a library in Africa