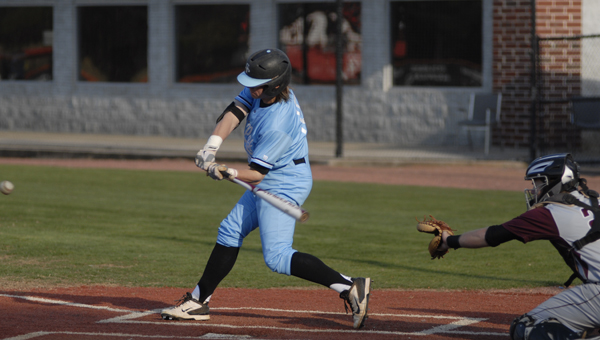 Spain Park started the 2015 season off by splitting a pair of Feb. 21 games. The Jaguars beat Buckhorn 2-0 before falling to Cullman 1-0. (File)

HOOVER- The Spain Park Jaguars got their 2015 baseball campaign underway on Feb. 21 with back-to-back games against different opponents. Spain Park was able to fend off a pesky Buckhorn Bucks squad in the opener before falling in a close game to Cullman to split the opening day games and move to 1-1 on the season.

Mason Duke pitched a complete game for Spain Park in the opener against Buckhorn, pitching a gem of a game that only saw the Bucks scrape out two hits. Duke kept his pitch count to a serviceable 85 over the course of the seven innings, averaging just over 12 pitches per inning.

Both runs in the opening contest came in the bottom of the fourth. Rodney Anderson ripped off a leadoff double and was replaced on the base path by Wes Holley. Hayden Freeman was walked to put runners on second and third, before both runners advanced on a balk. Holley was driven home via a Duke groundout, and Freeman was subsequently brought home off of a Jack Henry Hendrix single. Behind strong pitching from Duke, those two runs would prove to be the difference, and the Jaguars won their opening game 2-0.

The second matchup of the day saw Cullman score one run in the top half of the first inning and nothing the rest of the way from either team. This second game was much more of a pitch-by-committee effort from the Jaguars, as Tristan Lamb, Billy Riley and Julian Samaha all saw action on the mound. The problem for the Jaguars was not on the mound in this one, however, but was at the plate. Spain Park did not manage one hit in the game against the two Cullman pitchers who saw action.

With the split, Spain Park advanced to 1-1 on the season.