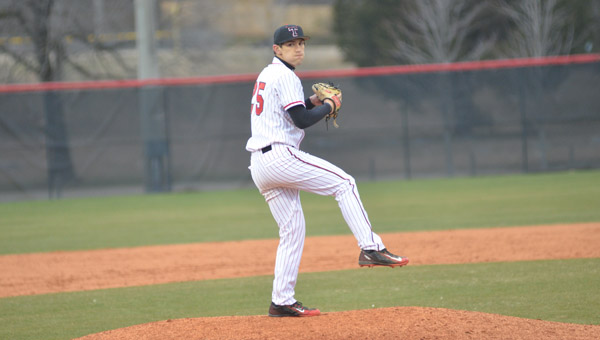 ALABASTER – The 2015 baseball season kicked off for the Thompson Warriors on Friday, Feb. 20 with a home matchup against the Buckhorn Bucks. The Warriors were able to make short work of the Bucks due to aggressive base running and capable hitting, and won the contest by a final of 10-2.

Scoring started for Thompson in the bottom of the first inning after Alex Carter ripped a leadoff single, stole second, and was able to score on a passed ball. Hunter Long, the pitcher for the Bucks, only made it through an inning and two-thirds, and gave up three runs in his short outing.

Thompson was comfortably ahead 4-1 heading into the bottom of the fifth before the Warrior bats began connecting with a remarkable degree of efficiency. J.C. Gooliby scored first after reaching base on a walk, and was drove home via a Colin Lillie single. Lillie scored as a result of a Tyler Husmer triple that hit the left-field fence. Zach Brammer also had an extra-base hit in the inning, and when the inning was finally over for the Bucks, they had gone through two pitchers and given up five runs to make the score 9-1 to put the game well out of reach.

Both teams would score again before the game was done to bring the final to 10-2, in favor of Thompson. The Warriors moved to 1-0 on the season with the victory. The two teams were scheduled to play another game, but Buckhorn declined to play a second contest in order to save pitching over the course of the next few days.