Oak Mountain gets first win of season against Clay-Chalkville 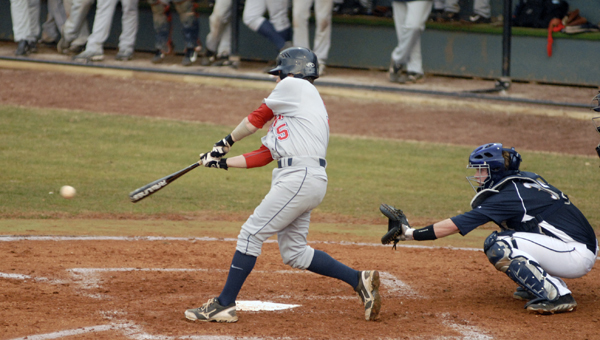 Oak Mountain defeated Clay-Chalkville on Feb. 24 by a score of 8-0. (File)

OAK MOUNTAIN – Blake Schilleci went the distance in a one-hit gem for Oak Mountain in a Feb. 24 contest against Clay-Chalkville. He held the visiting Cougars scoreless as the Lions racked up eight runs in their first win of the season.

For Clay-Chalkville, the day was frustrating as Schilleci time and again mowed down batters on his way to a 77 pitch, 10-strikeout outing. Schilleci averaged only 11 pitches per inning, and of his 77 pitches, 49 were strikes. With an effort like Schilleci gave on the mound, the Oak Mountain bats did not need to have a great day to pull out the win, but they were very effective regardless.

Graham Hackbarth and Mason Williamson both went 2-2 from the plate, with Williamson and Ethan Holsembeck both driving in two runs to lead the Eagles. Oak Mountain had six total hits on the day to go along with just as many RBIs. One of the biggest statistical differences between the two teams on the day was the eight batters who reached base on balls for the Eagles as compared to just two for the Cougars. Those eight base runners led directly to multiple runs for Oak Mountain and helped them seal the game.

The Eagles moved to 1-3 on the year and will take on Pell City on Thursday, March 5 at 4:30 at Oak Mountain High School.