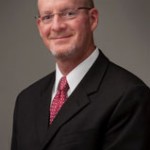 In the email, Wilson said he accepted an offer to be president of North Mississippi Medical Center in Tupelo, Miss. His resignation from Shelby Baptist is effective March 27.

“This large 650 bed tertiary, regional referral center represents a significant career opportunity for me; however it will be difficult to leave the many relationships I have developed over the past nine years,” Wilson wrote in the email.

In his email, Wilson said BHS President and CEO Keith Parrott and Shelby Baptist management leaders and physicians will meet “over the next several days” to discuss plans for finding a new president.

“David’s last day with us will be March 27, 2015, which will allow us time to thoughtfully prepare for a transition,” Parrott wrote in a Feb. 25 statement. “I personally will meet with physician and management leaders at Shelby Baptist over the next several days to discuss next steps for identifying a new president for Shelby Baptist.”

During an address to the Alabaster-Pelham Rotary Club on Feb. 12, Wilson said talks to finalize the agreement could begin as early as March, and a locally managed joint company could begin operation by early summer.