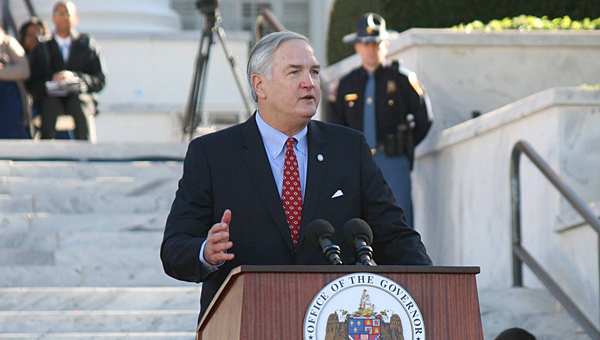 Alabama’s Attorney General has taken steps to shut down two Elmore County used car dealers who have allegedly defrauded customers and illegally obtained a vehicle from an Alabaster car dealership.

Attorney General Luther Strange has obtained a court order granting a temporary restraining order and the right to seize the property of Quality Used Cars and its associate Preowned Automotive, which have been operated in Elmore County by Claton and Connie Reeves since 2009.

Also named in Reeves’ lawsuit are Monecia Brown, daughter of Claton and Connie Reeves, and Brown’s husband Christopher Robinson, for their actions as employees or agents of the dealer, which is located at 6155 Elmore Road in Elmore.

In his lawsuit, Strange alleged Quality Used Cars “has a consistent practice of entering into deals and failing to fulfill its end of the bargain. Quality has accepted vehicle trade-ins under the condition of paying off existing liens but then failed to do so. And it has then sold these very vehicles to other customers without disclosing the liens attached to them, while charging but not remitting State sales taxes.  Quality has acquired other vehicles via false pretenses and bad checks, which has led to credit unions, banks, and other car dealers losing tens of thousands. Finally, Quality has failed to obtain, let lapse, or had revoked such quality standards as a surety bond, a State business license, and from the Department of Revenue, its Dealer License and Designated Agent status. Thus, any deal Quality makes is corroded from the start.”

In one of the cases, Connie Reeves allegedly illegally obtained a vehicle from an Alabaster car dealership. While purchasing the vehicle, Reeves claimed she had a regulatory license and an Alabama sales tax license and left the dealership with a vehicle and its title.

By GINNY COOPER MCCARLEY / Special to the Reporter ALABASTER — The Main Street Medical Mile now has a website,... read more