A 49-year-old Calera man is facing a felony charge of possession of child pornography with intent to distribute after he was indicted on the charge by a Shelby County grand jury in October 2014. 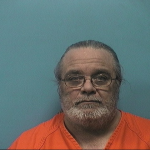 Law enforcement officials in Daviess County, Ky., located and arrested William M. Mathis, whose last known address was on Highway 304 in Calera, on Feb. 25 after the Shelby County Circuit Court issued a warrant with nationwide extradition on the man.

Shelby County Sheriff’s Office Lt. Clay Hammac said the warrant was issued after an officer with the Alabama Bureau of Investigation – which is now known as the Alabama Law Enforcement Agency – testified during a Shelby County grand jury hearing in October 2014.

Hammac said the ABI officer’s testimony came after an Internet-based investigation of the suspect, and said possession of child pornography charges typically are upgraded to intent to distribute charges based on the volume of the illicit images involved.

“Our District Attorney’s Office are very aggressive when it comes to crimes of this nature,” Hammac said. “We want to be aggressive in addressing that and apprehending the individuals involved. We are glad to have that good working relationship with them.”

The Alabaster City Council recently approved the demolition of several dilapidated houses in the city, including this one at 731... read more