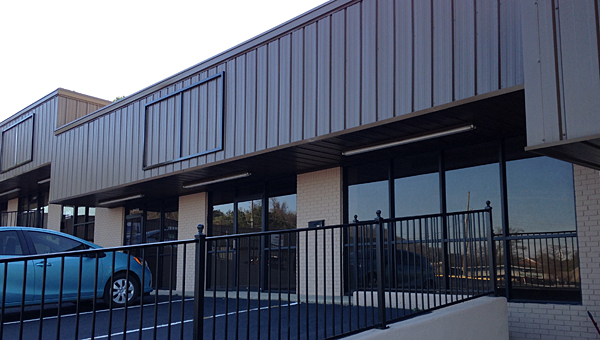 By AMY JONES / Special to the Reporter

PELHAM – When actors take the stage in the next South City Theatre production, they’ll be playing to crowds twice the size they were before, thanks to the community theatre company’s recent move from Columbiana to Pelham’s Alpine Square.

Artistic Director Sue Ellen Gerrells said the move to a more urban area was essential for South City to continue growing. South City has been located in Columbiana for the past three years, and was in Alabaster before that.

“When the board first decided we needed to find a new home in order to grow our program, we considered several locations,” Gerrells wrote in an email. “Pelham was central to where we wanted to be, and the city is known for its support of the arts.”

However, before the theatre could relocate, board members had to find a location. Prices for Pelham commercial leases were higher than they could pay, but Pelham Mayor Gary Waters contacted Terry Ponder of Ponder Commercial Real Estate, who showed them the Alpine Square properties.

“He had several different suites available and worked diligently with us to find the perfect fit,” Gerrells said.

Gerrells said she believes the company will see an increase in both participation and attendance for productions.

“Having larger audiences is one of the chief reasons we moved,” said Gerrells, who added that actors from the Birmingham area have already contacted her about participating in shows.

“We were at a disadvantage with our former location, as we were so far from Birmingham. Actors often wanted to work with us, but just couldn’t make that commute,” she said. “With our Pelham location, we are already hearing from good actors from Birmingham and other areas who plan to audition for our shows. We’re also hopeful we can draw many new people into our theatre family working both onstage and backstage.”

Gerrells said South City’s recent production of “‘night, Mother,” a collaboration with the Wetumpka Depot Players theatre, was chosen as Best in Show in this year’s state community theater festival. South City will also represent Alabama at the Southeastern Theatre Conference in Chattanooga, Tenn., next week.

“The city of Pelham will be featured in all our publicity for that production,” Gerrells said. “In short, we believe the move to Pelham is a win-win for us and the area.”

South City’s first project at the new location will be a children’s theater workshop, which will begin March 9. The first main stage production will be Birmingham playwright Brad Bailey’s “The Real Queen of Hearts Ain’t Even Pretty,” set to open April 17. For more information on the workshop or to buy tickets, visit Southcitytheatre.com.