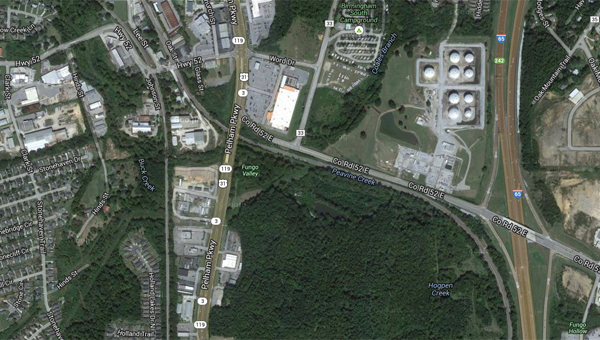 ALDOT has approved a project to widen a portion of Shelby County 52 between I-65 and U.S. 31. (File)

The Alabama Department of Transportation has approved a project to widen Shelby County 52 between Interstate 65 and U.S. 31, which city leaders said will help alleviate a significant traffic bottleneck.

During a Feb. 26 town hall meeting, Pelham City Council President Rick Hayes said ALDOT has approved funding for a project to widen the stretch of road to four lanes.

The project calls for an additional westbound lane between I-65 and U.S. 31. The road currently is three lanes wide, with two eastbound travel lanes.

“We’ve been meeting on this for two years,” Hayes said during an interview after the public forum. “The ALDOT district guys saw that this was a critical need, and they made a strong case to bring it to the forefront.

“They saw that it is a major need, and it’s a short project,” Hayes said, noting construction could start in 2017. “Now, it’s just an issue of how long it will take for it to be completed.” The stretch of Shelby County 52 serves as a major travel route for commuters traveling into the city from the I-65 tank farm exit. During the evening rush hour, traffic slows to a crawl as thousands of vehicles creep along the single westbound lane.

“It’s exciting to have this opportunity,” Hayes said.

The Shelby County 52 widening is a component of a larger ALDOT project to eventually realign the road and construct a flyover between U.S. 31 and Clark Street heading toward Helena.

Hayes said the flyover is “still on the drawing board,” and is not yet approved to move forward.