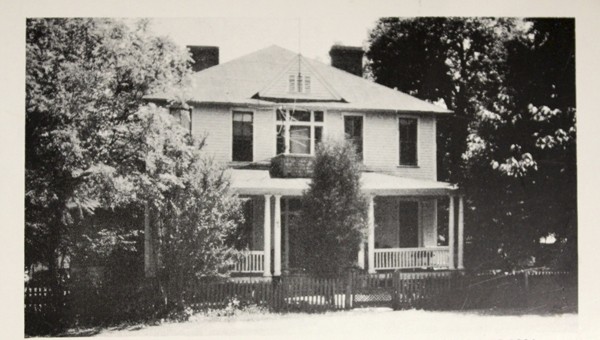 The Old Shelby Hotel in Shelby is one of the historic sites people can nominate for Alabama’s 2015 Places in Peril. (Contributed)

Local residents can help save a historic structure or site in Shelby County from extinction by nominating it for Alabama’s Places in Peril.

Shelby County Museum and Archives President Bobby Joe Seales said he knows of two buildings in the county – the Old Shelby Hotel in Shelby and the Blue House in the Mill Village in the Siluria-Alabaster area – people can nominate for the Places in Peril list, which the Alabama Trust for Historic Preservation compiles annually to bring attention to historic places throughout the state threatened by demolition or neglect.

“Anybody anywhere can vote, but we’re trying to get one of these places nominated for the state preserve,” Seales said. “I’m pushing to get the Old Shelby Hotel preserved. If we don’t do something with it one day, it’s going to fall to the ground.”

Privately owned by the Waites family, the Old Shelby Hotel is listed on the Alabama Register of Landmarks and Heritage.

The deadline to submit nomination forms online for Alabama’s 2015 Places in Peril is Sunday, March 1.

“Votes determine which old buildings would be preserved,” Seales said. “It’s the number of votes that will win the nomination.”

To submit a nomination form, go to Alabamatrust.info and click on the “ATHP Places in Peril Nomination Form” link.