COLUMBIANA–A 45-year-old Montevallo man was arrested for first-degree unlawful manufacturing of a controlled substance after an alleged meth lab operation took place within 500 feet of a residence, place of business, church or school according to his arrest warrant. 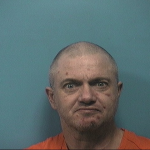 The Shelby County Drug Enforcement Task Force arrested Tracey Edward Boothe, who lists an address in the 11000 block of Highway 17 in Montevallo, on Feb. 26 on one Class A felony charge of manufacturing of a controlled substance.

Boothe remains in the Shelby County Jail on a $100,000 bond. An upcoming hearing has not yet been scheduled as of Feb. 27.

First-degree manufacturing of a controlled substance is a Class A felony and is punishable between 10 years and life in prison.

The scene at a Lacrosse Academy of Birmingham summer session. (Contributed) By BAKER ELLIS / Sports Reporter Our culture is... read more