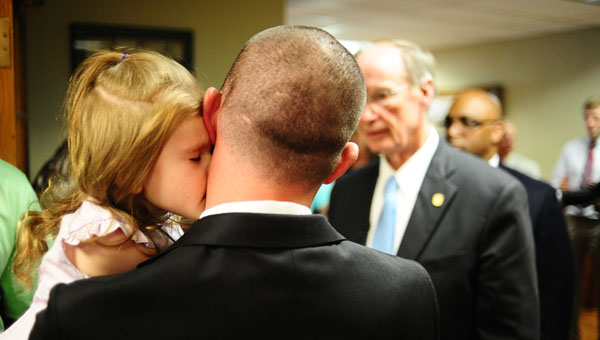 UAB announced the launch of a study into the benefits of cannabidiol oil in the treatment of severe seizure disorders, as provided by Carly’s Law. (File)

Alabamians suffering from severe seizure disorders will soon be able to receive experimental treatment, thanks to a study at the University of Alabama at Birmingham authorized by Carly’s Law.

On March 3, UAB announced doctors have launched two studies into the possible benefits of cannabidiol oil, a derivative of the cannabis plant, in the treatment of epilepsy. One study will observe the impact of CBD oil on adult patients while the second will focus on pediatric patients.

“We are extremely pleased to launch these exciting studies,” UAB Department of Neurology Chair Dr. David Standaert wrote in a March 3 news release. “What we learn from these investigations could have a profound impact on the lives of many adults and children with uncontrolled seizures.”

According to the March 3 news release from UAB, the study is “among the largest in the nation” and will dispense CBD oil medication to 50 adult and 50 pediatric patients.

“It’s a sigh of relief that we’ve gotten this far and we can get medication to people who need it,” Dustin Chandler, the driving force behind the passage of Carly’s Law said. “It’s a good day.”

Chandler’s daughter, Carly, suffers from CDKL5, a rare neurological condition that causes severe and uncontrollable seizures. Chandler said he has submitted Carly’s application for the UAB study, but does not know if she has been selected as one of the 50 pediatric patients who will receive treatment.

“Her packet has been turned in. Whether she is accepted into the study, we don’t know yet,” Chandler said. “We have gone through the same procedure as everyone else.”

Although the study is currently capped at 100 patients, UAB expressed willingness to expand the study.

“UAB has contracted with a vendor to supply the oil, which is available only in very limited quantities nationwide,” the university stated. “If more than 100 patients qualify for inclusion in the studies, UAB will investigate the possibility of expanding the studies.”

The CBD oil medication will be provided to patients free of charge, and Chandler said he hopes to see treatment dispensed in the coming weeks.

“The medication is free, the patients do not have to pay a dime,” Chandler said. “I think (treatment is) going to happen in the next few weeks… It’s a good feeling to be here.”

Celebrities such as Charles Barkley (left) have participated in Champions Tour pro-ams in the past with golfers like Fred Couples... read more