Briarwood baseball goes 2-1 on the weekend 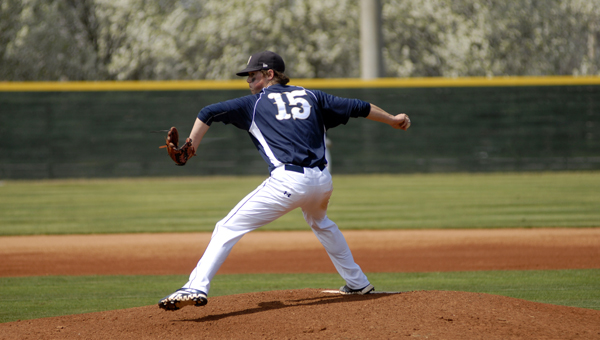 The Lions of Briarwood came as close as possible to remaining undefeated over the weekend of Feb. 27-28, but a Saturday afternoon loss gave the Lions’ record its first blemish of the season. Nonetheless, Briarwood moved to 3-1 after a baseball-filled weekend.

Friday night showcased superb pitching from the Lions pitching staff in a contest with John Carroll Catholic. Grant Shotnik went three innings, giving up two runs on four hits, before Trey Mitchell pitched the rest of the game in shutout fashion. Even with the Lions’ pitching staff throwing smoke, the breaking point came in the bottom of the fourth inning when the score was tied 2-2. Carson Eddy connected on the first pitch of his at-bat on a ball that went sailing into left field, but the ball was mishandled by John Carroll Catholic’s left fielder, and two runs scored on the play while Eddy advanced to third. The Cavaliers were never able to recover and fell to Briarwood 6-2.

On Saturday’s first game, Briarwood played Spain Park for the second time of the fledgling season, and moved their record to 2-0 against the Jaguars thanks to a six-run seventh inning that allowed the Lions to escape with an 8-6 victory. Will Baumbach, Cole Steadman, Carson Eddy, Jake Morris, Pierce Merry, Luis Fuentes, Carson Cupo and John Michael Pegusky all played a part in the seventh-inning rally.

The tables were turned on the Lions in the third game of the weekend against Wetumpka. Undoubtedly feeling the effects from the long weekend, the Lions fought gamely and looked to be in the driver’s seat for most of the game, building a 12-8 lead going into the seventh inning. The Indians were able to mount a furious, five-run comeback in the top of the seventh however, to take a 13-12 lead, which they held on to in the bottom half of the inning to steal the last game of the weekend from under the noses of the Lions. Even still, Briarwood moved to 3-1 after the weekend and will turn their attention to a March 5 showdown with Chelsea.