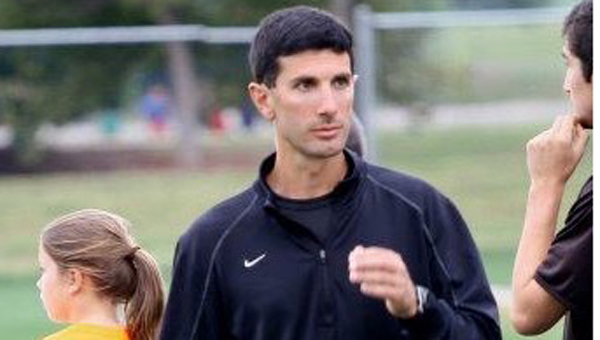 David DiPiazza is in his first year as head coach of the Oak Mountain girls soccer program and is looking to build on the success of the program’s history. (Contributed)

David DiPiazza is no stranger to winning. As a player and a coach, DiPiazza has excelled at the highest levels of high school soccer for over a decade. He won a state championship as a player at John Carroll Catholic in 1994, and then proceeded to win five state championships as an assistant coach with his alma mater before transitioning into his role as head coach of both the boys and girls program. All he did as the head coach was tally five more state titles, four with the boys and one with the girls, before accepting his current job as the head coach of one of the most dominant programs in Alabama high school girls soccer, Oak Mountain.

The Lady Eagles are fresh off a 26-0-1 season where they were crowned 6A state champions and were declared national champions by Maxpreps.com, according to DiPiazza. They have won two of the last three state championships and have created an environment and culture that is a harsh contrast to the girls program DiPiazza inherited at John Carroll Catholic.

“When I was at John Carroll I built a program, at least from the girls side,” DiPiazza said. “They knew what I expected, philosophy-wise and I was the only philosophy they had. So here, there was a fear that I was going to come in and change things. (The biggest thing) For me was just getting these girls to buy into what we wanted to do.”

What Dipiazza wants to do, exactly, is develop a team that is detail-oriented and consistently plays to its potential, which is how he has had success in the past.

DiPiazza discusses his past accomplishments in a humble, matter-of-fact tone. When he talks about the fact that he has more state championship rings than he does fingers he simply says, “I do. They’re sitting in a Ziploc bag next to my bed,” and credits his detailed approach to the game with why he has been able to have success in the past. He does not want the Lady Eagles to fall into a rut of complacency.

“It’s important to get this team out of the mentality that ‘just because we did well last year means we’re going to do well this year,’” said DiPiazza. “We’ve got a great group of girls, a very competitive group of girls and a very coachable group of girls, so it’s been good.”

The talent pool at Oak Mountain is unquestionable, and the Lady Eagles are off to a 7-0-1 start under DiPiazza’s first year. Looking ahead at the rest of the season, DiPiazza believes his team can get better, which does not bode well for their competition.

“We have a very talented group, ability-wise this is the best team I’ve ever coached,” DiPiazza said. “If they play at their level we should be great.”

Spain Park was able to hold on in an abridged, five-inning game against Hoover to get a 6-4 win. (Contributed)... read more