COLUMBIANA – A 20-year-old Pelham man facing nine counts of disseminating child pornography is set to stand trial on the charges in late April, according to court documents. 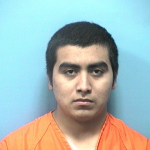 Fernando Garcia, whose address was listed on Carroll Street in Pelham, was arrested on Aug. 6, 2013, by the Alabama Bureau of Investigation, according to Shelby County District Court records.

According to court records, the date of the alleged offense was July 7.

Garcia is scheduled to appear in court for a plea date on April 7, according to court documents.

Garcia has remained in the Shelby County Jail on bonds totaling $135,000 since his August 2013 arrest.

According to Alabama law, disseminating or displaying child pornography is a Class B felony. If convicted, Garcia could face up to 20 years in prison per charge.