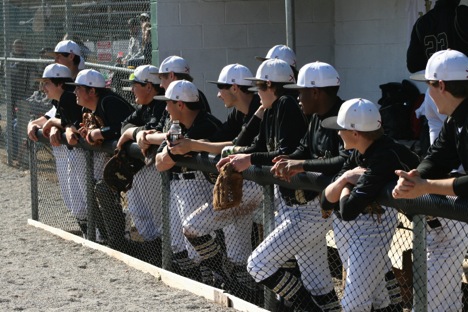 By BRIANA DIGORGIO / For the Reporter

HOOVER – The Vincent baseball team knew exactly what they wanted when entering into Eagle territory at Shades Mountain Christian School on Saturday’s tri-double showdown against Fultondale and Shades Mountain. In the first game against Fultondale, the Wildcats of Fultondale dug themselves a big hole as Vincent scored 20 runs within the first three innings, forcing the Wildcats to call it quits in the fourth inning with a tough loss of 20-0.

Next to take the field against the Jackets was Shades Mountain. Starting the first inning with a neck and neck score of 1-1, the Eagles gave away three unearned runs with pitcher Austin Patterson walking three of Vincent’s batters Sam Lynn, Cole Fincher and Brett Burrage to help Vincent take the lead of 4-1 in the second inning.

Going into the third inning, Vincent added another run to their lead from an RBI courtesy of Burrage allowing Ethan Moran to score for the Jackets, who took a 5-1 lead in the top of the third before the Eagles attempted to come back with two runs changing the score to 5-3 in the bottom of the third.

Unfortunately for Shades Mountain, the hope of coming back did not last long when the Jackets tacked on ten runs in the fourth inning leaving the Eagles in the dust. Lynn stepped into the batter’s box with the bases loaded and was hit by a pitch ball-hit-player pitch, which brought home Austin Whitfield. The Jackets finally found their groove and rang in a total of nine RBIs to take a 15-3 lead in the fourth inning. The game was called in the fifth inning, giving the Jackets the victory

Austin Ray and Ethan Davis both started on the mound to help lead the Jackets to both victories.