ALABASTER – A 22-year-old Alabaster man is facing a trio of felony charges after he allegedly distributed marijuana and used a false identity in an attempt to skirt an outstanding warrant. 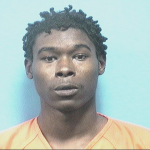 The Alabaster Police Department arrested Kylin Martel Cox, who lists an address in Alabaster’s Cay Clark Apartments, on March 5 and charged him with two counts of unlawful distribution of a controlled substance and one count of obstruction of justice.

The charges came after Cox allegedly distributed marijuana at his apartment complex on Dec. 11, 2014, and from an apartment on King James Drive on Dec. 22, 2014.

On March 3, Cox allegedly used identification documents for another individual to avoid arrest on an outstanding probation violation warrant, garnering his obstruction of justice charge.

The Shelby County Sheriff’s Office substation is relocating from their current Hearmont Park location to a new location off U.S.... read more