Hornets go 3-1 on the weekend 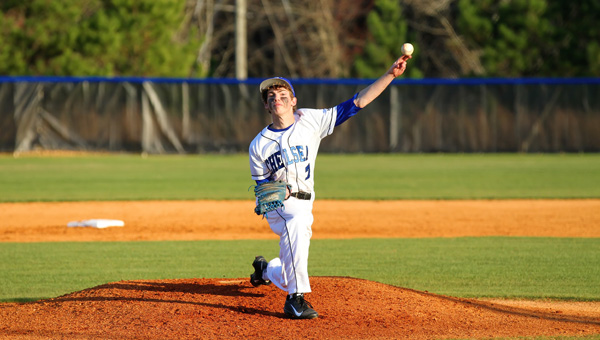 The Chelsea baseball Hornets went 3-1 on the weekend of March 6-7. (File)

CHELSEA – Over the weekend of March 6-7, the Chelsea baseball Hornets took the field four times in total, and mustered three wins in the 48-hour span.

The first game was the only contest Chelsea could not win, as they lost to fellow county school, Briarwood, by a final of 8-2. The Lions of Briarwood opened the floodgates in the second inning, pushing seven runs across the plate to take an early 7-0 lead. Chelsea would score both of their runs in the bottom half of the second, but the bats fell silent for the rest of the outing as Chelsea fell.

In the second game of the Friday night doubleheader, the action was reversed as Chelsea won 4-3. Chelsea scored all four runs in the bottom half of the first inning, and held off the Lions down the stretch to seal the victory. After the first two batters were retired in the first inning, the Chelsea bats came alive and were helped out by two costly errors by Briarwood on the way to scoring the four runs. Jacob Burback highlighted the inning when he connected on a double late in the inning to drive in a run. Jake Posey pitched a complete game, two-hit effort gem for the Hornets and fanned 12 batters.

On the first game on the morning of March 7, David Mock took the mound and never rescinded control as he pitched a complete game, one-run effort as Chelsea defeated Helena 5-1. Helena only had three hits on the day and could not ever establish any semblance of offense with Mock on the rubber. Chelsea continued their pattern of scoring in bunches, as they pushed four of their five runs across the plate in the fourth inning. Burback led the way from the plate, going 2-3 in the game.

Joel Cheatwood was the third pitcher in as many games to go the full seven innings when Chelsea faced off against Spain Park in the last game of the weekend. Cheatwood threw 116 pitches and gave up three runs on six hits. For the third time, Chelsea scored in bunches, this time coming on a six-run, sixth inning effort that put the Jaguars away 8-3 to complete the weekend.