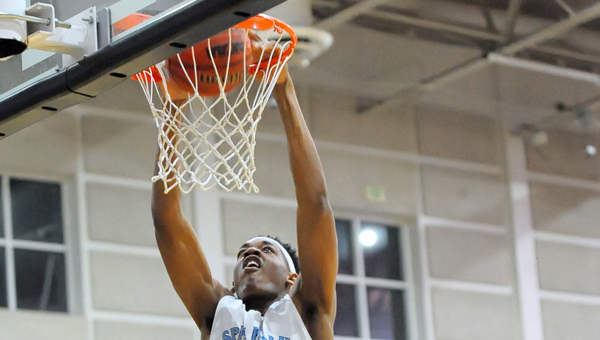 Basketball season is over, and the impending offseason will be long and will move community attention away from the court and towards the baseball diamond, the soccer pitch and the football field. Before the book is completely closed on the 2014-15 season, the last piece of business is to recognize those athletes who stood out against their competition, were able to showcase their skills and became the most productive and valuable players in the county. 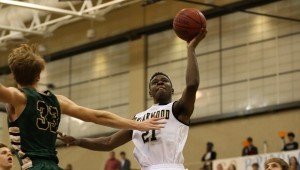 Justin Brown of Briarwood averaged 20.4 points and 9.5 rebounds in the 2014-15 season. Brown consistently led the way for the Lions, and the junior is the Co-Player of the Year in Shelby County. (Contributed)

Coach of the Year

John Hadder, Vincent Yellow Jackets. Coach Hadder is no stranger to success on the court. He led the Yellow Jackets to the 2A Final Four for the third time in his tenure, but did so in the most unconventional way yet. Halfway through the season Vincent lost their leading scorer and rebounder when center EJ Datcher went down with a season-ending knee injury. Instead of imploding, Hadder kept a steady head and began to play a smaller, more defensively aggressive lineup. Not only did Vincent make it farther into the state tournament than any other team in the county, he did so with one of his premier players sidelined for the latter half of the season.

Players of the Year (tie)

Throughout the course of the season, Austin Wiley and Justin Brown were consistently the top two players in the county. Wiley, the 6-foot-8-inch sophomore out of Spain Park, is the 12th ranked player in the nation in the class of 2017 by Maxpreps.com and lived up to that billing time and again throughout the season. He was one of only two players in the county to average a double-double and filled a number of voids for Spain Park that never appeared in the box score. Every game he played he forced the opposing team to completely alter their offensive scheme to deal with his imposing inside presence.

Brown, the junior forward out of Briarwood, was consistently exceptional throughout the 2014-15 campaign. He was the only player in the county to average over 20 points per game, and in addition to that hefty scoring total he also averaged just under 10 rebounds per contest. During the Lake Martin Slamfest, Brown had three consecutive games where he scored over 30 points and grabbed over eight rebounds.

Rounding out the All-County nominations are as follows.