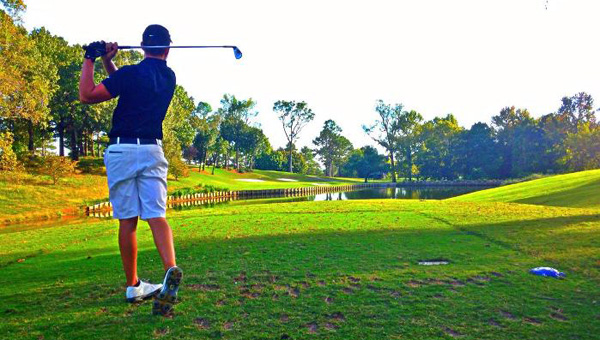 The University of Montevallo men’s golf team placed ninth in the Samford Invitational that took place on March 9-10. (Contributed)

HOOVER– The University of Montevallo men’s golf team placed ninth at the Samford Intercollegiate on March 9-10, competing primarily against Division I opponents.

Due to rain, only two rounds were played.

Leading the way for Montevallo was three-time PBC Golfer of the Week, Dalton Skinner. Skinner finished in a tie for 17th place, shooting a four-over par 76 and a two-over par 74 for a six-over par 150.

One stroke behind Noce was Davis Bowyer, who finished in 45th place. The sophomore shot an 18-over par 162 with rounds of 89 and 73. His one-over par 73 was the best round of the tournament for UM.

In two weeks, the men’s golf team will travel to Greenwood, South Carolina for the Bearcat Invitational.