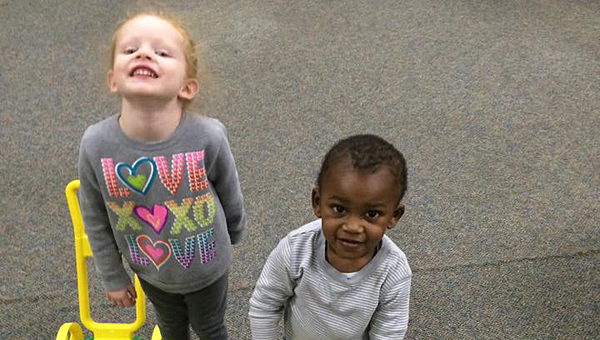 PELHAM – When Jerry and Charla McClain first felt called to move from their home in Seattle to start a church in the South, they only knew one person in the Birmingham area.

The two first began services in their home, then moved to the auditorium in the old Berry Middle School on Columbiana Road in Hoover. When renovations began at the school, the church moved to the Shelby Mart complex in Pelham, where they now have a 12,000-square-foot facility.

“One of the things that brought us here (to Pelham), is we recognize that Shelby County and Pelham are very diverse,” Charla McClain said. “We wanted not only to reach people who look like us and talk like us, but to have a diverse church.”

“We wanted to create an environment to focus on the un-churched people of our community,” Jerry McClain said.

As part of this mission, the church has a casual dress code and 90-minute services.

“We believe in the concept of church as come as you are,” Jerry McClain said.

In order to reach the people in the community, the church offers a variety of services and events for the whole family such as a Fall Fun Party and a back to school event.

The newest addition to the services of the church is Kingdom Childcare, a “loving and caring environment” where working parents can feel safe leaving their children, which is not as expensive as other programs, Jerry McClain said.

“It’s not only a service for our congregation, but a service that could reach our community,” Charla McClain said. “This is one way we can be a blessing to our community.”

The church, which began in the McClain’s home, now reaches more than 100 people each week.

“We want to help people be at ease about coming to church,” said Jerry McClain.

Services at Kingdom Christian Center start at 10:30 a.m. and end at noon. For more information about the church, visit Kingdomchristiancenter.net.