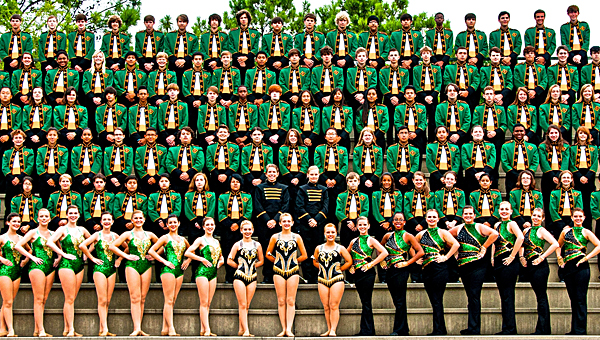 The Pelham High School band will be just one of the groups performing at the showcase. (Contributed)

PELHAM—Kids ages five through 18 are teaming up to showcase their talents in Pelham City School’s first Fine Arts Showcase, which will be held April 9 in the Pelham High School auditorium.

“We wanted, this being the first year of Pelham City Schools, to showcase all of the fine arts groups,” said Justin Ward, director of bands for Pelham High School. “We hope to make this a yearly tradition.”

The event, which is free and open to the public, will begin with a food samples from the culinary arts program and a display of visual arts ranging from ceramics to photography, before the performances begins in the auditorium at 6:30 p.m.

The art, which features works from students in kindergarten through high school, will also be on display during intermission, when attendees will have an additional chance to taste treats from the culinary arts program.

Choirs from all four Pelham City Schools will perform, as well as bands and the Pelham High School theater department.

The showcase is also an opportunity to show parents and interested community members what the students are working on in their classes during the school day.

“We just want to showcase what the students are doing on a daily basis in their classes as well as the progression of what our students are able to do from kindergarten through high school,” said Ward.

Though the Pelham City School system is only in its first year, Ward noted the arts are thriving thanks to the work of teachers and administrators.

“We’re fortunate to have so many wonderful teachers in our school system,” said Ward, who also attributed the success of the fine arts to the “incredible support form our school administrators as well as from our superintendent and school board.”

“We want to simply showcase all of our students and their talent and the investment they’re making into the arts,” Ward said.