COLUMBIANA – A 40-year-old former Alabaster man facing 10 felony counts of possession of child pornography is set to stand trial on the charges in late April, according to Shelby County Circuit Court documents. 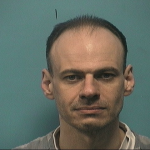 Steven Christopher Kelban, who lists an address in the 6200 block of Chesworth Road in Catonsville, Md., and previously listed an address on Independence Drive in Alabaster, is scheduled to appear in court to stand trial beginning on April 20 at 8:30 a.m.

A grand jury indicted Kelban on 10 felony counts of possession of child pornography on Feb. 27, 2014.

Kelban is scheduled to appear in court for a plea date on April 7 at 8:30 a.m.

Possession of child pornography is a Class C felony, according to Alabama law. If convicted, Kelban could face up to 10 years in prison per charge.