PELHAM—Two Birmingham men have been charged in connection with a string of weekend car burglaries leading to a police search in a residential Pelham neighborhood in the early morning hours of March 14. 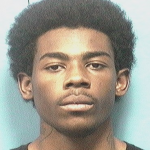 Jeremy Wayne Johnson, 19, and Ronzell Bernard Washington, 19, have each been charged with 12 felony charges of breaking and entering a vehicle and one charge of carrying a pistol without a license. 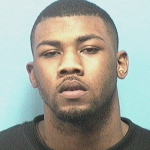 The charges stem from an incident following a March 14 burglary call in the area of Holland Lakes Drive North at approximately 3:10 a.m.

According to a news release from the Pelham Police Department, officers responded and set up a perimeter on the Stone Haven subdivision and began searching for suspects.

“The suspects were located and fled from officers in a silver Pontiac Grand Am before fleeing on foot in the 200 block of Stone Circle,” the news release read.

The police apprehended two suspects, an adult and a juvenile, and continued searching for the third.

All three suspects were taken into custody before 10 a.m. on March 14. According to the Pelham Police Department, all three were armed.

Johnson and Washington were placed in the Shelby County Jail following their March 14 arrests, and are each being held on $121,000 bonds.