Galloway will be featured speaker at THS graduation 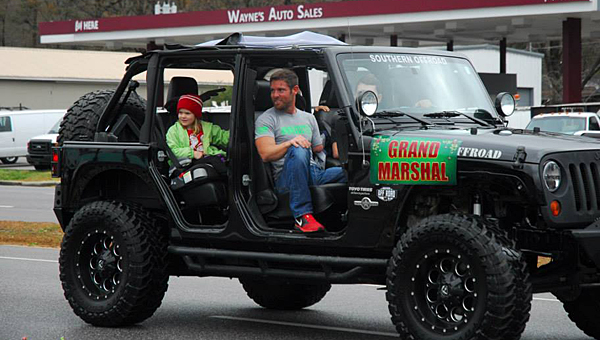 ALABASTER – A former U.S. Army sergeant and current contestant on “Dancing with the Stars” will be the featured speaker at Thompson High School’s graduation in mid-May, school officials announced on March 17.

A day after Noah Galloway performed on the premiere episode of the show’s 20th season, Alabaster City Schools announced he will deliver the keynote address during the school’s May 19 graduation ceremony at UAB’s Bartow Arena in downtown Birmingham.

The graduation ceremony will begin at 6 p.m., at which time about 400 THS students are expected to receive their diplomas, said Alabaster City Schools Student Services Coordinator Dorann Tanner.

“We contacted his people in January to see if he’d be available to speak,” Tanner said during a March 17 interview. “He’s excited. This will be the first graduation speech he has ever given.”

Although Galloway currently is living in the national spotlight while filming the show in Hollywood, he is no stranger to civic involvement in Alabaster. After he was featured on the cover of Men’s Health in 2014 through the magazine’s “Ultimate Guy” contest, Galloway made multiple appearances at local schools to talk to students about overcoming adversity.

“He will spread his message of hope. It really doesn’t matter what your obstacles are, you can overcome them,” Tanner said. “That’s the message we want our students to get from him.”

By the time the THS graduation ceremony arrives, the current season of Dancing with the Stars will be completed.

“We hope we will get to add that accolade. We hope to be able to introduce him as the Dancing with the Stars champion,” Tanner said. “This will be a great event for our students.”