ALABASTER – A 51-year-old Alabaster man is facing up to 10 years in prison after he allegedly attempted to entice a child to perform sex acts on March 16. 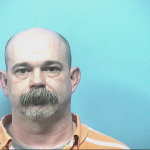 The Alabaster Police Department arrested Mark Keith Powers, who lists an address on Independence Court in Alabaster, on March 17 and charged him with one felony count of enticing a child to enter a house to perform sexual acts.

According to his arrest warrant, Powers on March 16 allegedly “used crude and lascivious language” to entice a child younger than 16 to enter an Alabaster residence “for the purpose of proposing to such child the performance of an act of sexual intercourse.”

Enticing a child for sexual purposes is a Class C felony, according to Alabama law. If convicted of the charge, Powers could face up to 10 years in prison.

The Chelsea City Council approved and presented a proclamation to former UAB football player Timothy Alexander in support of the... read more