Shelby Baptist Medical Center will be getting a new president in early April. (File) 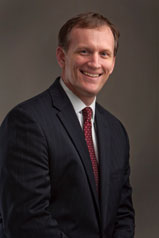 Bob Phillips, the current president of Walker Baptist, will take over as the president of Shelby Baptist beginning on April 6, according to Baptist Health System President and CEO Keith Parrott.

The announcement came about three weeks after current Shelby Baptist President David Wilson announced he would be resigning from the Alabaster hospital to take the president position at the North Mississippi Medical Center in Tupelo, Miss. Wilson’s resignation from Shelby Baptist is effective March 27.

“Bob has provided tremendous leadership to Walker over the last several years, leading significant improvements in financial performance, quality improvements, patient satisfaction gains, improved employee morale and better medical staff relations,” Parrott wrote in a press release. “His expertise and leadership, combined with his knowledge of our system, its physicians and staff, make him an excellent choice as Shelby’s new president.”

Phillips is a former recipient of the 2013 Homer M. Lloyd Jr. Leadership Award, the most prestigious award given by Baptist’s Board of Directors to a leader who leads by example and best exemplifies Baptist’s core leadership values.

“It is an honor to be selected to lead the outstanding team at Shelby Baptist Medical Center,” Phillips wrote. “In addition to continuing to seek innovative ways to deliver quality care to our patients, one of my key goals will be to maintain the culture and legacy that, I believe, separates Baptist Health System from other health care organizations.”

By NEAL WAGNER / Managing Editor ALABASTER – A 51-year-old Alabaster man is facing up to 10 years in prison... read more