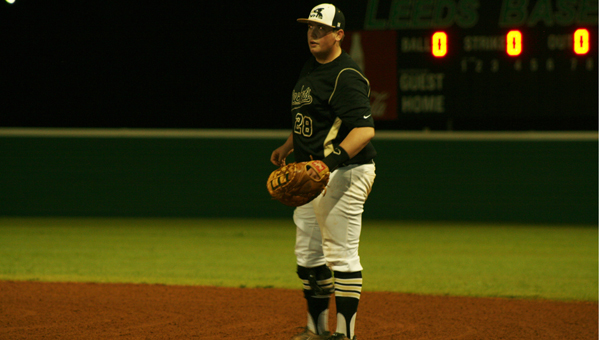 By BRIANA DIGORGIO / For the Reporter

LEEDS – The Vincent Jackets traveled to Leeds on Saturday, March 14, for a tri-double face-off against Leeds High School and the Cleveland Panthers. The first two teams that started on the field were Vincent and Leeds, and Vincent was unable to get the victory, falling to Leeds 6-5.

Next up for Vincent was Cleveland. Kris Phillips was able to score a run for the Jackets putting them in the early lead. Unfortunately, all good things came to an end once Cleveland scored eight runs total in the second and third innings. However both Cole Fincher and Kade Carroll added runs to the scoreboard for Vincent and brought the Jackets back to within three runs with the scoreboard reading 8-5.

The momentum really started to pick up in the fifth inning for the Jackets. After Cleveland added on another run to the their lead, the Jackets began to answer. Ethan Moran started off as a courtesy runner for Sam Lynn, and brought in the first run in the bottom of the fifth inning. The runs just kept coming, as Vincent scored 11 in the inning, changing the score to 16-9 in their favor. Unable to come back, Cleveland allowed the Jackets to score one more run in the bottom of the sixth, allowing Vincent to take home a well earned victory.

“I think this team has a lot of potential to do great things,” Vincent head coach Cory Williams said. “Tonight was a test to see how tough we were, how to overcome adversity and they did that. We lost the momentum of the game, Cleveland played extremely well, but we defended better down the stretch.”

“Whatever faults the team has, quitting is not one of the things they worry about,” Assistant coach Josh Fields added. “They aren’t going to quit. They’re going to keep playing until last out, last inning.”

Vincent went through a number of pitchers including Carroll, Jordan Smith and Matthew Swift.