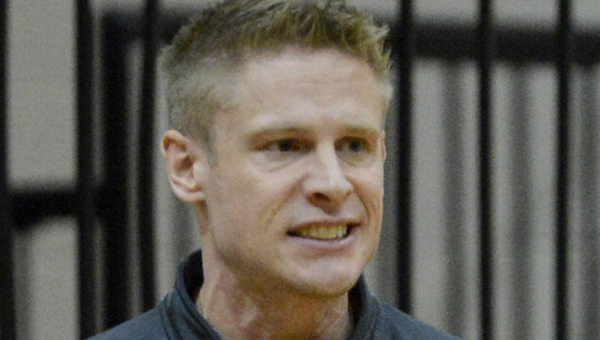 Pelham head basketball coach Joel Floyd continues to coach after the high school season is done. He is in his third year as volunteer coach at the Youth Basketball of America group. (Contributed)

PELHAM – Joel Floyd is a very busy man these days. He is the head coach for the Pelham Panthers varsity basketball team as well as the local coach of the sixth grade Youth Basketball of America group. For Coach Floyd, the fruits of his hard labor come in the form of the youngsters he is molding to play the game. “I do it because I really enjoy being around the younger guys,” said Floyd. “I get as much enjoyment as I do with my high school kids.”

This is Floyd’s third consecutive year to coach in this particular league. He initially began his coaching tenure when he wanted his son to get better practice and competition. The team consists of his son and nine other sixth grade players. For those of you who are not familiar with Youth Basketball of America, it is an organization for basketball that continues after the regular season ends in January and continues until the end of May. This gives players an opportunity to compete with kids they otherwise would never get a chance to play with or against. In addition to meeting new people, the league also gives its more ambitious participants a chance to better hone their skills for the next level.

“It is a good way to get more experience and play against high-level competition,” said Floyd.

This past weekend kicked off the league’s first tournament, in which Floyd’s squad went 2-2. There are usually between 3-5 games per tournament and teams are initially seeded based upon the previous year’s success. As the year progresses they are seeded by their most recent performances. The goal is to reach the state tournament by the end of May.

Floyd claims that he is not short on talent, as he lauds his stand out players. One in particular is Forward Alex Mock. “He is a tall and athletic young man,” Floyd said. “He is already 5’11 and only in the sixth grade. He is fast and agile.”

His team will continue tournament play a week from this coming Saturday.

Shelby County’s own Barry Wilson competes on the FLW Tour, the largest professional fishing circuit in the nation. (Contributed) By:... read more