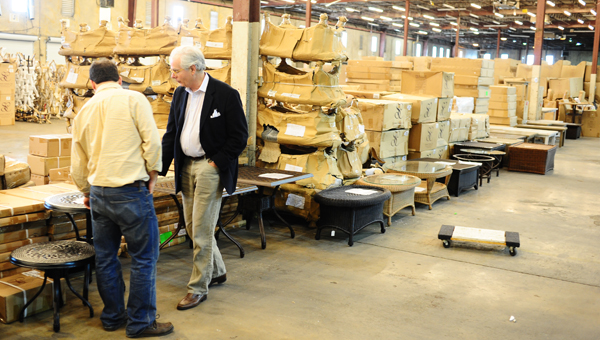 PELHAM – The furniture giant Summer Classics is gearing up for the opening of its new home in the old Moore-Handley building on Pelham Parkway on Friday March 20.

Founded by Auburn graduate Bew White III, the Pelham Summer Classics store has become one of the largest distribution centers in the United States. With 500,000 square feet of space, the Pelham Parkway building includes the company’s cushion production department, showroom, warehouses, eight conference rooms and 84 offices with an employment of 200 people.

“We are a manufacturer, and our main business is distributing furniture to the stores,” White said. “We also design and manufacture products to our specifications in Captive Factories that make product specifically for us.”

Today, Summer Classics has nine locations in nine states and retailers all around the country. The Pelham parkway location will serve as the company’s headquarters.

By BAKER ELLIS / Sports Reporter BIRMIMGHAM – The Calera baseball Eagles have had a tough opening stretch of the... read more