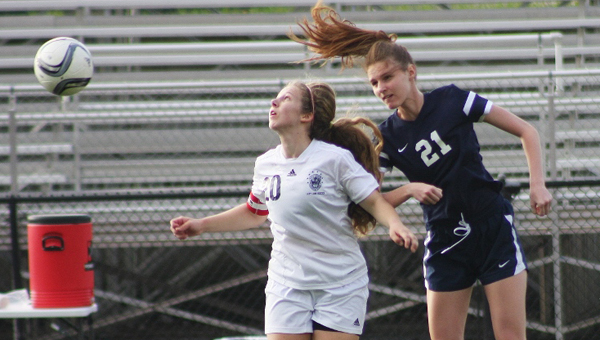 NORTH SHELBY – The Lady Lions of Briarwood notched another early-season win on March 19 against Montgomery opponent Trinity. Eurosportscoreboard.com currently ranks Briarwood fifth in the state in class 6A, despite their 6-6 record. The contest with Trinity came on the heels of a three-game losing skid for the Lady Lions, although head coach Ryan Leib has been playing a number of games with JV players to get the younger girls experience in the early season.

The game with the visiting Lady Wildcats was close throughout the first half, with Briarwood going into the break up only 2-1. In the second half, however, the Lady Lions were able to open the game up and scored three goals in the half to win the game 5-1.

“We pulled away a little bit in the second half,” Leib said.

With the win, Briarwood drew their record back to .500 at 6-6, and will look to continue improving as the middle of the season approaches and teams begin jockeying for playoff positioning.