ALABASTER – The Alabaster Board of Education is considering a salary raise and contract extension for its superintendent, and could vote on the matter during its April meeting, School Board members said during a March 23 work session. 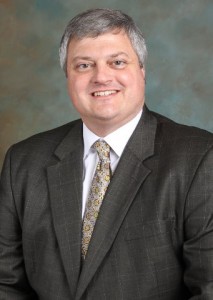 Board of Education members discussed the raise and contract extension during the work session, during which board members voiced praise for Alabaster School Superintendent Dr. Wayne Vickers.

“He had a good review, which was expected,” Moseley said. “It came up, not from Dr. Vickers, the idea of looking at compensation.”

The School Board voted in April 2014 to extend Vickers’ current contract with Alabaster City Schools through June 30, 2019. Any future extension would push Vickers’ contract beyond the 2019 date.

“We are very fortunate to have someone of his skills and knowledge,” said School Board member John Myrick. “Salaries are running up for a good superintendent about $200,000 or more.”

School Board member Linda Church said she is concerned about other school systems in Alabama looking to recruit new superintendents.

“We must bear in mind that others are recruiting. We must retain and maintain,” Church said. “He has the skillset with academics, he works well with the community, just a lot of different things.

“When I text him at 4:30 in the morning and ask him about the roads, he’s already out riding around checking on them,” Church said. “He has been very hands-on, and a lot of superintendents aren’t like that.”

Board of Education member Ty Quarles said he would like to see the school system “do some type of comparative analysis to look at what other systems of a similar size are paying.”

“Let’s be fair to (Vickers) and get the data,” Quarles said.

The School Board’s next regular meeting is scheduled for April 13 at 5:30 p.m. at Alabaster City Hall.