COLUMBIANA – A pair of former Pelham murder suspects were sentenced to a year in jail apiece after pleading guilty to misdemeanor assault charges in Shelby County Circuit Court on March 23. 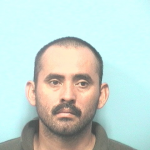 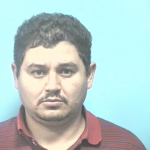 Portillo and Landaverde-Caballero each were sentenced to 364 days in the Shelby County Jail, but were set to be released based on time already served since their 2012 arrests.

Pelham police arrested Jose Armando Erazo-Acosta, 40, and Oscar Adonay Alvarenga, 33, along with Portillo and Landaverde-Caballero in August 2012 and charged them with stabbing and killing 25-year-old Emilio Alonso during an altercation at the Taqueria Valencia bar off Alabama 119.

Alonso was pronounced dead after Pelham police responded to a wreck on U.S. 31 near Valley Elementary School during the early morning hours of Aug. 12, 2012.

Erazo-Acosta pleaded guilty to one count of manslaughter on March 6, which was lessened through a plea agreement from the murder charge he was originally facing. He was sentenced to serve a total of 30 months in prison followed by five years of probation.

Alvarenga, 33, also was originally charged with murder, but pleaded guilty to one misdemeanor count of third-degree assault on March 9 through a plea agreement. According to his plea agreement, Alvarenga’s charge was lessened because he “has rendered substantial assistance and cooperated fully with the state of Alabama (investigation).”

Miller said the Pelham Police Department “presented strong cases” against the defendants, but said the District Attorney’s Office “had critical witnesses that were friends or family members of the defendants who recanted completely” or substantially changed their testimonies in the case, resulting in the reduced charges.