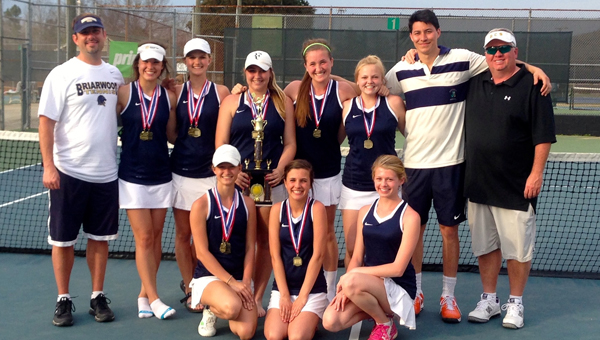 The Briarwood girls tennis team poses for a picture after winning the Shelby County Championship on March 18. (Contributed)

COLUMBIANA – The Briarwood tennis Lady Lions continued their mid-season success with a win at the Shelby County Championship on March 18.

Hornets fall to Lions at home

Jake Cespedes of Chelsea looks to clear a ball during their March 23 showdown with Briarwood. The Hornets lost to... read more