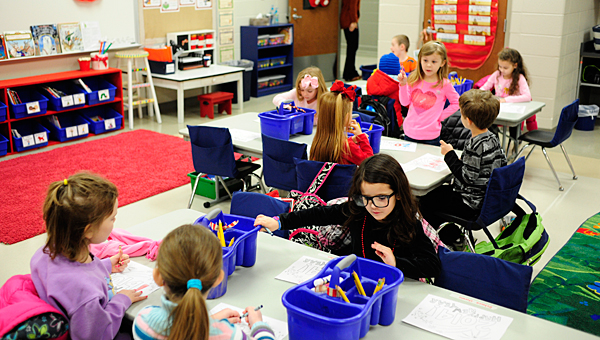 Shelby County’s public school systems likely will not be impacted by a charter school bill signed into law by Alabama Gov. Robert Bentley on March 19, but local private schools could be affected, according to area school leaders.

The charter school bill will allow for publicly funded schools operating independently, but under contract, from public school systems. Charter schools are not required to follow the same guidelines and regulations as public schools, and will operate as non-profit entities, said state Sen. Cam Ward, R-Alabaster.

“There is a lot more local control than people realize,” said Ward, who joined the rest of the Shelby County legislative delegation in supporting the bill. “It will allow more flexibility in the classroom for teachers.”

Ward said funding for charter schools, like public schools, will be allocated based on student enrollment.

Ward said he does not envision a charter school being established in Shelby County.

“You won’t see it in Shelby County,” he said.

Alabaster School Superintendent Dr. Wayne Vickers said he doesn’t expect the legislation to have an effect on the Alabaster City School System.

“I really don’t see how it will affect Alabaster City Schools in any way,” Vickers said. “It’s certainly something that a lot of people have had input on, and something the legislature and the governor feel very strongly about.

“I hope all schools will be granted the flexibility that they are offering to charter schools,” Vickers said.

Shelby County Schools Superintendent Randy Fuller said he believes the bill won’t have an effect on their school system.

“At this time I don’t think it will affect Shelby County Schools,” said Fuller. “I think we are doing a good job of leadership, instruction and parent involvement in our schools. Down the road, there may be an issue with funding if the state starts diverting money from public schools and I think that would cause all of us concern.”

“I think right now it’s yet to be determined but I don’t think it will benefit Pelham schools,” said Coefield. “We need to wait to see the budget. They passed the bill but not the budget yet. I still have concerns and need to read through the laws.”

“Charter schools will be a third viable option for parents. It might indeed take a few students from some private schools,” Gray said. “But in reality, there are plenty of students to go around. We are encouraged that there will be an additional option to public schools.

“People who are looking for a Christian option are not going to be taken away by charter schools,” Gray said. “We don’t feel we will be competing with them.”