COLUMBIANA – An arrest warrant has been recalled against a Helena man who is facing charges in connection with a 2014 Helena police-involved shooting, and the suspect has pleaded not guilty to the charges, according to Shelby County Circuit Court documents. 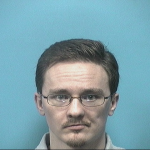 Reeves recalled the arrest warrant after Burt and his attorney, John Medaris, filed a waiver of arraignment and not-guilty pleas to Burt’s two charges.

A Shelby County grand jury during its January session returned the indictment against Evan Taylor Burt, who lists an address on Laurel Woods Trace in Helena, charging him with one felony count of making terrorist threats and one misdemeanor count of reckless endangerment.

Burt was booked into the Shelby County Jail on Feb. 16, and was released on bonds totaling $12,000 the same day. Burt is now scheduled to appear in the Shelby County Courthouse on June 15 for a status hearing on his case.

The night of the incident, Helena Police Department Sgt. Chris Rollan said Helena and Pelham police officers responded to the scene after receiving reports of a man brandishing a handgun in the restaurant’s parking lot. Rollan said the man was involved in a possible domestic dispute leading to the incident at Papa Saia’s.

The shooting happened near the man’s black Honda CR-Z vehicle, which was still parked diagonally in one of the parking lot’s travel lanes a couple of hours after the incident.

Pelham officers responded to the scene to help Helena officers after hearing reports of the incident on their police radios.