Local fisherman making a name for himself 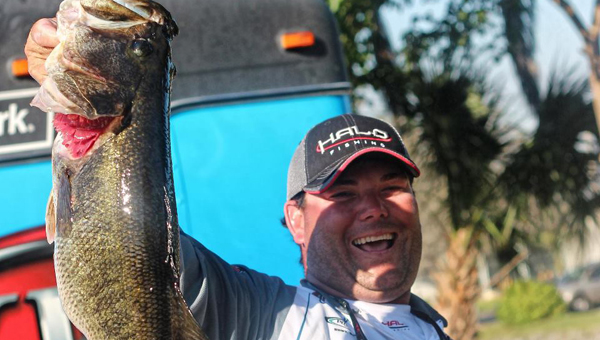 2012 FLW Rookie of the Year and Montevallo native Clent Davis is enjoying life in the world of professional fishing. (Contributed)

Clent Davis has been fishing as far back as he can remember.

The Montevallo native had an amphibious upbringing, half-in and half-out of the water. There was an innate, gravitational force that seemed to pull Davis toward the nearest body of water during his formative years. However, there was no fishing team at Montevallo High School when he was a student, so fishing was still just a hobby until he went to college down the road at the University of Montevallo.

Davis attended Montevallo because, as he says, he wanted to stay close to home and got free tuition, which made his decision exceptionally easy. While in school, his desire to be on the water never wavered, and the same invisible string that pulled him toward the water as a kid never went away. So, in his sophomore year at Montevallo in 2006, he started a fishing club with college buddy and Kingwood Christian graduate Casey Crompton.

“There were four of us when we started,” Davis reminisced. “We had to go find our own tournaments to fish in. The first tournament we fished was the National Tournament in Texas that year. We led after the first day and ended up getting somewhere between 10th and 15th.”

Imagine that. A small team from a small school in Alabama, fishing in their first tournament together on the biggest stage collegiate fishing has to offer, nonchalantly showing up in Texas only to take the lead over the 200-plus teams competing on the first day.

It was somewhere around that time Davis thought he had a chance to make a living catching fish.

“It was some time before I graduated,” Davis said, when thinking back on when he knew he had a chance to fish professionally. “People just kept telling me ‘you should do this for a living’.”

It didn’t take long for Davis to prove his peers right. After qualifying for the FLW Tour through the Everstart Series in 2011, Davis was declared the FLW Rookie of the Year in 2012.

“It’s always great to have success starting out like that,” Davis said, in reference to his ROY award.

Davis is a soft-spoken, humble man who doesn’t boast on his accolades or make grand statements and predictions about his career arc. Since his rookie campaign, he has been in the middle of the pack on the Tour the last two seasons, and that’s fine by him.

“No complaints from me as far as how I’ve done,” he said. “I love it. It turns into a job like anything else, but there’s nothing else I’d rather do.”

Davis and his wife are expecting their first child in August, and he hopes to be able to make a living doing what he loves for years to come.