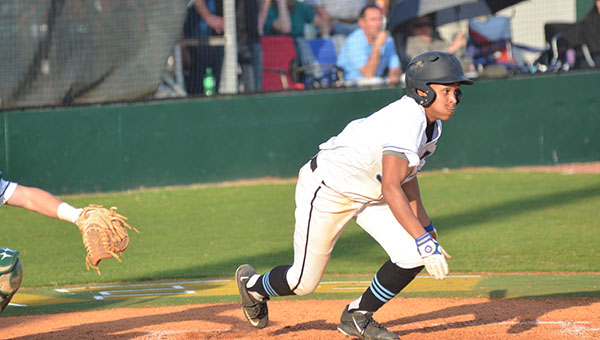 HOMEWOOD–The Helena Huskies baseball team got a clutch win over the Class 6A Homewood Patriots on Tuesday, March 24, and a string of timely hits put together in the sixth inning sealed the 2-1 victory.

Helena trailed Homewood 1-0 heading to the top of the sixth inning when Devan Walker hit a one-out single to right field to start the string of hits.
Jake Busby then singled and the Huskies had runners on first and second with one out.

Later in the inning, Walker scored after a Homewood error to tie the game at one apiece. Riley Davis then singled to left field to score Busby and put the Huskies ahead for good 2-1.

Robbie Lively of Helena was the winning pitcher after pitching four shutout innings. Lively struck out five and walked one while giving up four hits.

Despite recording a loss on his record, Homewood starting pitcher Andrew Hammond pitched seven innings while striking out eight and allowing two runs in the top of the sixth.

Lively and Davis each finished with an RBI and the Huskies collected four hits total as a team.

Homewood finished with one run on six hits in the game. Brent Moore led the Patriots with two hits and the teams lone RBI in the game.