COLUMBIANA – A 39-year-old Morris man is facing up to 20 years in prison after he allegedly filed an insurance claim on a motorcycle impounded by the Birmingham Police Department. 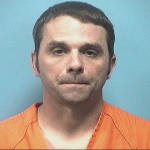 The Pelham Police Department arrested Johnny Matthew Dollar, who lists an address on Maderia Circle in Morris, on March 27 and charged him with one felony count of first-degree insurance fraud.

According to his arrest warrant, Dollar “intentionally and knowingly … filed a claim with Geico Insurance Co. stating that the motorcycle in question had been stolen, but in fact it had been impounded by the Birmingham Police Department.”

The warrant lists a Nov. 8, 2014, offense date. The charges came after the insurance company reported the alleged fraud to law enforcement officials.

Dollar was released from the Shelby County Jail on a $10,000 bond the same day he was arrested. He is scheduled to appear in Shelby County Circuit Court on April 15 for a preliminary hearing.

First-degree insurance fraud is a Class B felony. If convicted, Dollar could face up to 20 years in prison.