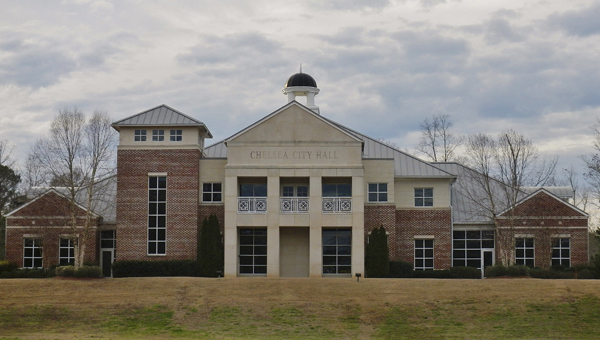 CHELSEA – The future looks bright for Chelsea, based on the city’s most recent credit rating.

The city’s new rating increased from AA-minus to AA.

“That’s very good for a city of our size,” Chelsea Mayor Earl Niven said during a City Council meeting on March 17. “We took it a notch up.”

Regarding strong economy, the assessment noted Chelsea’s population has grown from about 3,000 in 2003 to about 12,000 today.

“Representatives attribute the sizeable growth to the city’s availability of land for home development and its proximity to Birmingham,” a report read. “Income levels (are) strong, evidenced by median household and per capita effective buying incomes at 137 (percent) and 117 (percent) of the national level, respectively.”

In the past three audited years, Chelsea has posted operating surpluses, and tax receipts remain the major source of revenue and account for about 77 percent of total general fund revenues in the 2013 fiscal year, according to the report.

“The stable outlook reflects our view of Chelsea’s strong financial profile,” the report read. “We do not expect to revise the rating over the next two years because we believe the city’s management team will remain committed to maintaining the existing financial position.”