ALABASTER – A 43-year-old Alabaster man with a lengthy criminal history is facing a trio of felony drug charges after he was arrested by the Shelby County Drug Enforcement Task Force on March 30. 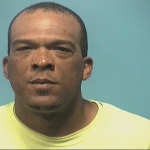 The Task Force arrested Dwight Dewayne Williams, who lists an address on Cohill Drive in Alabaster, on March 30 and charged him with three felony counts of unlawful distribution of a controlled substance. Williams was released from the Shelby County Jail the same day he was arrested after posting bonds totaling $30,000.

According to his arrest warrants, Williams allegedly distributed marijuana at the intersection of Cohill Drive and Simmsville Road on Oct. 9, 2014, and on Aug. 14, 2014. He also allegedly distributed marijuana in the 500 block of Simmsville Road on Aug. 14, 2014, according to his arrest warrants.

According to Shelby County Circuit Court records, Williams has pleaded guilty to multiple drug-related charges over the past 23 years, and recently finished serving a prison sentence for an unlawful distribution of a controlled substance charge he pleaded guilty to in 2009.

In his request to Reeves, Williams wrote he had “learned a lifetime lesson from his mistakes,” and “promises to do his best in complying with any conditions placed by this honorable court” once released.

Williams is scheduled to appear in court for a preliminary hearing on April 15 at 8:30 a.m.

Unlawful distribution of a controlled substance is a Class B felony, according to Alabama law. If convicted, Williams could face up to 20 years in prison per charge.