Pair charged with chemical endangerment of a toddler 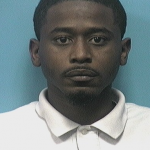 Rodriquez Demarco Peterson, 26, and Angela Lafaye Tolbert, 34, were arrested by the Hoover Police Department on March 30 and each charged with one felony count of chemical endangerment of a child. 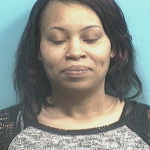 The pair allegedly smoked marijuana while in the presence of a young child, arrest warrants stated.

According to court documents, the pair “knowingly, recklessly or intentionally cause a child… to be exposed to, to ingest or inhale, or to have contact with a controlled substance, chemical substance or drug paraphernalia.”

Peterson and Tolbert were placed in the Shelby County Jail on March 30 and released after each posting the $15,000 bond the same day.

Both are scheduled to appear in court for preliminary hearings on April 15 at 8:30 a.m.

Chemical endangerment of a child is a class C felony, if convicted Peterson and Tolbert could each face up to 10 years in prison.