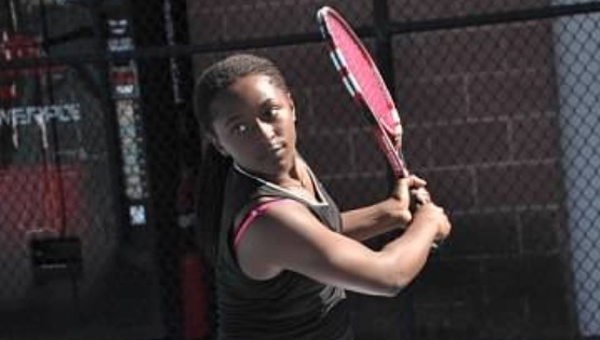 HOOVER – The Spain Park girls’ tennis team took apart Hoover in a March 26 match, losing just one match out of nine to go 8-1 on the day against Hoover and get the win.

Daryn Ellison and Holladay defeated Sitko and Dinsmore eight sets to love in the first court for doubles matches. Cissell and Sydney Ellison took home the second court victory for doubles as well to give the Lady Jaguars their eighth and final match win.

Thompson’s Mariah Poe battles for a ball against a Vestavia defender in their March 27 matchup. The Lady Warriors came... read more