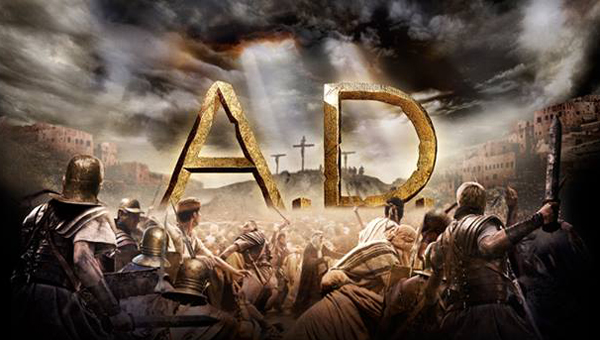 The Inverness Vineyard Church congregation will do an in depth Bible study along with the NBC series, “A.D.: The Bible Continues.” (Contributed)

HOOVER—Beginning Easter Sunday, the Inverness Vineyard Church congregation will embark on an in-depth study of the Book of Acts in conjunction with the NBC series, “A.D.: The Bible Continues.”

“We knew it was going to be quality material,” Inverness Vineyard Church Executive and Worship Pastor Steve Cole said of the 12-week-series, which follows the disciples and delves into the events following the crucifixion of Jesus. “(It’s) showing the history of the early church.”

“A.D.: The Bible Continues” is the sequel to the 2013 History Channel series, “The Bible,” which follows the Bible from Genesis through Revelation.

The Inverness Vineyard Church followed “The Bible” series, airing the episodes at the Church on Wednesday nights.

“It’s always great to get the visual,” Cole said, commenting on the “good quality” of the series.

This year, the congregation will be able to follow along with “A.D.: The Bible Continues” through specially-created study guides containing scripture readings, commentary, life applications and discussion questions.

“It just goes deeper into the stories that you’ve seen in the T.V. series,” Cole explained.

Each Sunday morning prior to the show, which airs at 8 p.m. every Sunday, Inverness Vineyard Church Senior Pastor Bubba Justice will discuss the story that will be featured in the evening’s episode.

“We’re going along with what people will see in the episode that night,” Cole said. “We’re not behind it, we’re in front of it, I guess you’d say.”

In addition to passages from scripture, Justice will also show clips of the upcoming episode, Cole explained.

Several of the church’s small groups will also “piggyback on to what’s going on,” watching the series together and facilitating group discussions, Cole said.

The series “A.D.: The Bible Continues” premiers on NBC on Sunday, April 5 at 8 p.m. For more information about the series, visit Nbc.com/ad-the-bible-continues.