Columbiana man gets 15 years for rape of young victim

COLUMBIANA – A 36-year-old Columbiana man who previously listed an address in Alabaster was sentenced to 15 years in prison after pleading guilty to raping an underage victim. 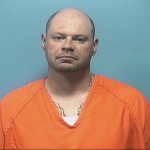 Shelby County Circuit Court Judge Dan Reeves sentenced Darryl Keith Martin, who lists an address on Hollybrook Road in Columbiana and previously listed an address on Sugar Hill Lane in Alabaster, to 15 years in prison after Martin pleaded guilty to one felony count of second-degree rape in early March.

Martin received 770 days of jail credit deducted from his sentence for time served before his guilty plea. After he is released from prison, Martin must avoid initiating contact with the victim or the victim’s family, and must register as a sex offender for the rest of his life.

The Shelby County Sheriff’s Office arrested Martin on Aug. 22, 2012, on the Class B felony, which could have carried a prison sentence of up to 20 years.

According to Alabama law, a person commits second-degree rape if they, “Being 16 years old or older … engages in sexual intercourse with a member of the opposite sex less than 16 and more than 12 years old.”

The Alabama Sentencing Standards program, which typically results in shorter prison sentences, did not apply in the case “due to the age difference between the victim and defendant and the position of authority the defendant had over the victim at the time of the commission of this offense.”

Shelby County District Attorney Jill Lee said she was unable to release specific information about Martin’s rape charge due to the sensitive nature of the crime.

“I hope he serves a healthy portion of that sentence,” Lee said during an April 6 phone interview.

The PGA Tour Superstore chain will expand into Alabama, opening a location in Inverness Plaza on June 6. (Contributed) By... read more