COLUMBIANA – A 31-year-old Montevallo man will spend the next 15 years in prison after he pleaded guilty to causing serious injuries to a pair of inmates in the Shelby County Jail and to striking a victim with a “hard metal object” in a separate 2013 incident. 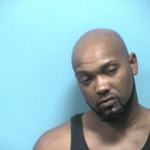 Shelby County Circuit Court Judge Dan Reeves sentenced Wooley to 15 years in prison, and ordered Wooley to avoid initiating contact with any of the victims in the case. Wooley received 587 days of jail credit for time served in the Shelby County Jail before his guilty plea.

Wooley was arrested on March 27, 2013, and charged with one felony count of first-degree assault after he struck a victim with a “hard metal object” on March 21, 2013.

According to court records, Wooley posted bond from the Shelby County Jail on April 24, 2013. However, his bond was revoked after he was arrested in July 2013 and charged with domestic violence-strangulation and making terrorist threats after he allegedly strangled a woman and threatened to kill the police officers who arrested him.

A few months after his bond was revoked and he was re-booked into the Shelby County Jail, he was involved in an altercation in the jail, resulting in a new pair of second-degree assault charges.

As a result of a plea agreement, one count of terrorist threat, one count of illegal possession of prescription drugs, one count of second-degree assault and a bond revocation charge were dropped against Wooley.

A variety of tattoos are displayed on Nick Simmons’ arm representing the state of Alabama. The sleeve was completed on... read more