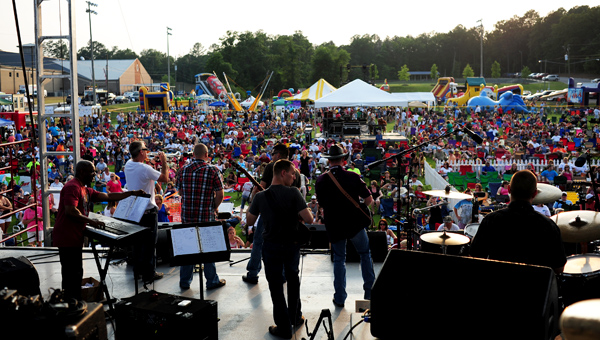 The Alabaster Arts Council is preparing for the 2015 CityFest, and added a new TV media sponsor on April 8. (File)

ALABASTER – The Fox 6 WBRC television station has signed on as the Alabaster CityFest’s new television media sponsor for this year’s festival, the Alabaster Arts Council announced on April 8.

“We are excited to be partnering with Fox 6,” Alabaster Arts Council President Adam Moseley wrote in a statement. “This is our 13th year bringing one of Alabama’s biggest family festivals to this region. Partnering with Fox 6, we think this year’s event will be bigger and better than ever.”

The Arts Council organizes the event, which is the largest of its kind in Alabama.

“We’re pleased to be working with the city of Alabaster on this project,” Fox 6 Vice President and General Manager Collin R. Gaston wrote. “We are happy to support the Alabaster Art Council’s mission of making life better for people through the arts.”

The City of Alabaster will serve as the event’s diamond sponsor and Regions Bank will return as the title sponsor.

Tens of thousands of people are expected to attend this year’s CityFest, which is scheduled for Saturday, June 6 at Municipal Park in Alabaster. For more information, visit Alabastercityfest.com.

Alabaster will offer residents chances to keep the city beautiful during the Clean Sweep program throughout April. (Contributed) By GINNY... read more